Welcome to Lily the Potter! 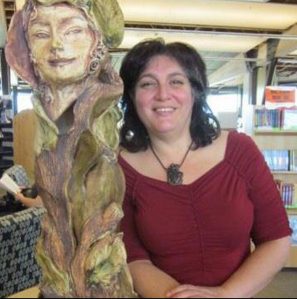 Lily the Potter is an Iranian immigrant who first began making art as a young woman in the Islamic Revolution. Excluded from universities after the revolution, Lily’s first art class was in a small art studio in Tehran. Her work illustrates the cultural placement of women behind the veil physically, emotionally and economically. Inspired by nature, Lily incorporates the curves found in the natural world with faces that encompass the human experience. Throughout her immigration from Iran to the United States, Lily’s art has grown to reflect her adjustment to a new culture, and the internal battle between her former ideals and the possibilities of a new world. Lily began as a potter, but over time, has expanded to glassblowing, metal work and woodwork. In her own words, art “is the universal language that connects people regardless of culture, background, religion or prejudice.”